Given the interconnectedness of Latin American economies with global markets, the economic impacts of the COVID-19 crisis are manifold. Lockdown measures have disrupted global value chains; both goods and services. The volumes and values traded globally have severely decreased, also affecting merchandising and insurance. Given its production structure, the region is significantly affected by the slump in commodity prices. In the first month of lockdown measures, UNCTAD estimated that energy prices fell by 55 per cent. Finance reacted more intensively and rapidly than trade. Despite the decline in new flows of capital to the region, there was a surge in capital outflows next to a tightening of financial conditions, as financial markets adapt to increased uncertainty by returning to safety. For Latin American governments to buffer the effects of this crisis and ensure social protection for their population, coordinated efforts are needed to lift some of the financial constraints, including debt-resolution strategies. The severity of this crisis not only calls for debt restructuring, but the introduction of capital controls to contain the haemorrhage of capital that developing economies have experienced amid this pandemic.

Considering the levels of volatility and external vulnerability exacerbated by this crisis, it would seem as if the region is headed towards another ‘lost decade’, with severe consequences in terms of poverty and inequality. This crisis has made evident the limited fiscal space in the region, hampering tax revenue collection and public debt issuance. With reduced financial flows, balance of payments problems, and other foreign constraints, the region is cash strapped to cushion the economic effects of the pandemic. Yet, as it often happens in the face of difficulty, the pandemic has also triggered alternative fiscal and monetary responses, where the unthinkable is suddenly thinkable: helicopter money and digital currencies had their moment during early phases of the lockdown. In an effort to think collectively about alternatives, we suggested an unprecedented monetary tool (see the full article here), for the monetary financing of extraordinary cash flows in Ecuador. This dollarized economy is hard strung in terms of monetary policy. We explored whether the Central Bank of Ecuador (Banco Central del Ecuador, or BCE) could expand its fractional reserve banking modality and create accounts for any household on its balance sheet while keeping only a fraction of its deposits as liquid reserves, just as any commercial bank mobilises financial resources through credit. This option did not materialise. The reality was sobering: without the possibility of digital payments, beneficiaries of Bono de Protección Familiar—a social assistance programme created as a response to the pandemic in Ecuador—crowded in at cash-out points, further exposing vulnerable populations to the virus. Additionally, payments were made effective through specific cash-out points, with many recipients unable to withdraw the grant as smaller operators were closed because of the lockdown. Distance also played a role, as remote populations were unable to access the city. Others were merely afraid of leaving their homes. Overall, the inadequate delivery mechanisms resulted in an ineffective social assistance response. 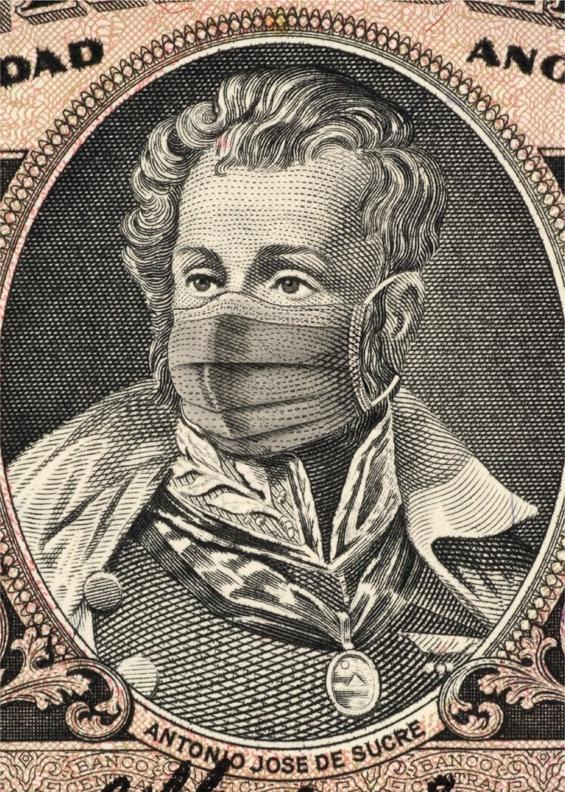 Early in the pandemic, there was a shared sense of hope that the pandemic would lead to a ‘new normal’—though it was never entirely clear what normality entailed and whether the status quo was a preferred state. If governments pretend to return to a ‘normality’ with entrenched inequalities and exclusions, protests are likely to follow. Such a sense of hope was not misplaced. Pandemics have led to significant changes in economic structures and social hierarchies. For instance, the Black Death that killed nearly 40 percent of the European population resulting in an unprecedented (note how this pandemic was also documented as ‘unprecedented) demographic collapse. The epidemic came in the wake of the Great Famine of 1315-22, with the population somewhat accustomed to death, less likely to obey social discipline and thus intensifying the class conflict. Because of labour scarcity, this epidemic shifted power relations in the advantage of the peasants and artisans, whose political horizon broadened.

But if we apply to the present the lessons of the past, we realise that the new normality trap is misleading. There is no return to the pre-COVID ‘normal’; we must instead learn how to survive the with-COVID reality. The high levels of inequality that we finally ‘see’ in Latin America are the result of policy decisions that have made our economies less resilient to shocks, and our populations more distrusting of formal public institutions (as further discussed here). Inequality has curbed the effectiveness of lockdown measures and policies—where and when governments have implemented them. Many Latin Americans seem to feel devoid of alternatives, ever more antagonised and fragmented. But fragmentation is costly, now more than ever, as it dismantles collective visions and creates more fissures, divergent narratives, and atomised efforts. What happens next depends on the shared vision we can develop in this interim.