‘I don’t think we did go blind; I think we are blind.
Blind but seeing, blind people who can see, but do not see.’

In early April, Arundhati Roy compared the virus with a chemical experiment that suddenly illuminated all the hidden things:. The levels of precarity, polarisation, segregation, insecurity, indebtedness, and alienation pervading in our societies shone under the chemical spray of the pandemic. The virus was expected to act as a great leveller at first, as it did not recognise regimes, borders, or nationalities. Yet, inequalities among regions and countries, economic sectors, employment categories, welfare systems, or individuals were not only resilient to but exacerbated during the pandemic, with immediate consequences in human lives.

In many health-related aspects, global taxonomies e.g. developed vs underdeveloped, centre vs periphery, North vs South, seemed even blurred. Headlights like ‘Why Rwanda Is Doing Better Than Ohio When It Comes To Controlling COVID-19’ did not fit into narratives of ‘backwardness’ or ‘deficit’ often used to depict the global South. However, when it comes to financial capital, fiscal space to implement social policies not only the vulnerable but all population, or monetary sovereignty to use once ‘unthinkable’ rescue tooltools, the global divides have intensified. While most economies in the global North were able to inject liquidity into the system, in what resembled quantitative easing to the state, economies, in the South struggled to contain the negative multiplier effect of the multiple health, economic, political, and social crises.

In this global context, Latin America entered September with 8.3 million cases and more than 300,000 confirmed deaths due to the SARS-CoV-2 coronavirus. However, it should be noted that the number of deaths is likely to be underrepresented in the region, and should be added to the excess deaths from treatable diseases due to the scarcity of ICUs. ECLAC (Economic Commission for Latin America and the Caribbean) has estimated that the economic activity will fall -9.1 per cent in 2020, the biggest contraction since the 1930s, marking a setback of ten years in socio-economic development, such as e.g. employment, poverty and inequality.

The Health Crisis in Latin America: The Case of Brazil

The erosion of social and economic rights in the region became evident in the early days of the pandemic triggering a health crisis. The high levels of vulnerability and health risks that low- and middle-income groups faced, with a vast share of the population not wealthy enough to cope with the quarantine yet not poor enough to be targeted by social assistance, drew attention to the difficultydifficult ofto reaching the ‘missing middle’. The public institutions that could have coordinated collective action in the region have been hollowed for decades, resulting in a pandemic response that is fragmented and largely privatised. Many were left to their means in a context of marketised and stratified provisioning of health services and social protection.

After the COVID-19 epicentre moved to the Americas by late May 2020, Brazil had surpassed the US in the highest death rate from the virus. The particularities of social life and economic structures posed a difficult challenge in terms of what was possible and achievable in terms of containment measures. Though the country has one of the most comprehensive healthcare systems in the Global South: the Sistema Único de Saúde or SUS, it had been weakened throughafter years of underfunding and tainted by corruption. The role of the SUS is crucial into understanding how Brazil could grapple with the pandemic despite the dismissive claims of Bolsonaro, who opposed containment measures and delayed the response arguing it was ‘nothing but a little flu’. Implicit in his approach (and that of many other politicians and experts, with orthodox economists featuring prominently) was the false dichotomy between saving lives and the economy. This approach dangerously flirted with neo-eugenics in the name of economic prosperity—although the ‘exemplary’ case of Sweden soon showed that a failure to impose comprehensive and strict measures could cost both lives and jobs. Such polarisation of the response can be attributed to an infodemic, whereby partial truths are conveniently selected and presented to reach a politically or normatively suitable conclusion. Bolsonaro’s continuous dismissal of pandemic data resulted in softer policies shaped by political polarisation, fragmentation, cynicism, and manufactured doubt. The indecisiveness and delay in the pandemic response had dramatic consequences in terms of human lives.

Still, the decentralised approach of the SUS –which mirrors Brazil’s federal structure—compensated the lack of decisiveness of the Executive and was activated to provide attention to the 78 per cent of the population that otherwise has no access to private insurance. Tensions between the central and federal governments resulted in a geographically differentiated and uncoordinated response. The government failed to provide adequate protection to frontline workers, who lacked protective gear, resulting in a high level of deaths among health personnel. Structural inequalities, along the lines of identity markers such as gender, race, ethnicity, became particularly visible in informal and unprotected labour, often located in densely populated cities.  The levels of informality, homelessness and overcrowding, made of social distancing a privilege if not a mere aspiration rather than a feasible policy, with racialised and gendered effects in Brazil. Vulnerability is higher amongst black and brown people, the great majority amongst the poor and informal workers, with some occupations excluded from the ‘corona voucher’ due to hygienist policies. The World Bank flagged early evidence published in a press article in Brazil’s Folha de São Paulo newspaper, which suggested the existence of: ‘two [infection] curves, one for the rich, which is more under control, and one for the poor, which is still rising fast’.

The Social Crisis to Come: A Tunnel Effect?

As of 2019, in a pre-COVID scenario, the levels of poverty in Latin America had reached 30.3 per cent, after stagnation in poverty reduction. ECLAC estimates that the impact of the pandemic could lead to an increase in poverty ranging from 3.4 percentage points—in the low scenario, to 5.5 percentage points, in the worst scenario. The impact oin inequality might also be significant, with Ecuador experiencing the most pronounced increase, followed by countries like Argentina, Brazil, Mexico, and Uruguay. The report also highlights that vulnerable populations are the most affected by the COVID-19 crisis, among which women, informal workers, and female paid domestic workers feature prominently.

The region had witnessed an increase in informal activities, mostly own-account work — with unstable income and no social protection, to pick up the slack left by cost-cutting strategies and limited formal employment creation. The stark reality of informal workers became evident during the lockdown. Social (or rather, physical) distancing and quarantine were privileges reserved to those in organised and protected employment. More than 54 per cent of Latin American workers operate in the informal sector. Workers in the formal sector also have less protection, as the increased risk and uncertainty for employers make them unwilling to take any costs, including the protection of wages and observance of labour regulation. Informal dwellers, homeless migrants, own-account, and casual workers, and small businesses could not afford to be idle and contemplate the cessation of all activities, for their subsistence depends on them leaving home. Migrants were not allowed to move across and within countries, and as a result, many have lost their livelihoods. Domestic workers lost their jobs as families observed quarantine. Some were unable to return towith their homes and had to endure the lockdown at their employers’ home, taking up extra work and tasks. 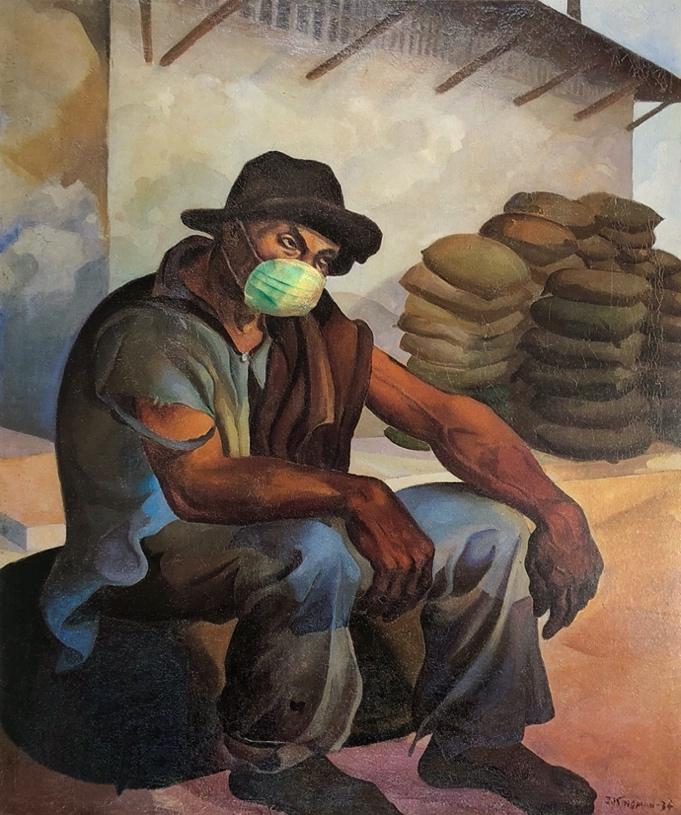 Entire populations were left to their means to navigate the harshness of markets without state-provided social protection or distrusting a state that is associated with violence instead of security. In an unholyunwholly alliance between fiscal austerity and authoritarianism, many governments favoured verification and punishment over protection. For instance, riots broke out in Guadalajara, Mexico after 30-year-old Giovanni Lopez was murdered in police custody after having been violently arrested for not wearing a face mask, echoing the explosion of protests against police brutality and racial injustice in the US and reminding the public that the struggle against structural racism is global.

Such an absence of trust can quickly turn into a disaster. From disobedience to protests against lockdown;, the levels of polarisation and fragmentation showed that entrenched inequalities hinder the effectiveness of public policies. It remains a challenge to design and finance social protection policies and programmes to soften the blow of the social crisis in the region. A new raft of policies attentive to both processes of social stratification and economic subordination is crucial to address the processes of invisibilisation of informal and unpaid work. There is a necessity to reframe social protection for the informal in terms of redistribution and social justice, and away from notions of vertical charity or mere assistance to the poor.

Furthermore, as the pandemic drives millions of students from universities in the region, lack of employment options and resentment can quickly become a detonator for many to return to the streets once the virus subsides. The pandemic might have intensified the ‘tunnel effect’ that explains the sudden indignation in the region—as evinced in the 2019 protests, which voiced the disappointment, alienation and outrage at social injustices.

Case Study on Ecuador and an assessment of the overall situation in Latin America coming next week.